We can shape the climate future we want

One voice can change the world. South Africa, with its strong tradition of grassroots activism in the struggle against Apartheid, is no stranger to the power of public participation in shaping society. But the country and the world now face an unprecedented challenge: the climate crisis. If left unchecked, it will destroy ecosystems and livelihoods, hurting the poorest and most vulnerable people.

We are on the eve of the fifth anniversary of the Paris Climate Agreement on 12 December 2020, and South Africa’s emissions have shown no sign of slowing down. The countdown to the next United Nations climate change talks, COP26, has begun, and now is the time for us to push our government to commit to ambitious carbon emissions reductions in line with the Paris Climate Agreement, and fully-transparent public consultations to determine these targets.

The climate change threat is already a reality in South Africa, as extreme weather events, such as droughts and floods, are hitting harder and faster – and lasting longer – and temperatures continue to rise around the country. South Africa is already marked as a climate hotspot, warming at twice the global average. It is possible to set a different course, but in order to do that, we, the people, must make our voices heard.

What South Africa needs to pay attention to in the run up to COP26: South Africa’s current Nationally Determined Contribution commitments are not in line with Paris Agreement’s pathway to limit global warming to 1.5 degrees Celsius

South Africa is not on track for a 1.5-degree warmer world. In fact, Climate Action Tracker ranks our current targets as ‘highly insufficient’, and more on par with global average temperatures rising by 4°C.

South Africa must accelerate its climate action if the country hopes to meet the lower-end of its commitment in 2025 and 2030, with even more effort required to become 1.5°C compatible. A key part of the country’s efforts must include a focus on a just transition away from a fossil fuel-based economy, with specific focus on adopting just green recovery policies in the wake of COVID-19 and the country’s post-pandemic economic recovery plan.

To do this, for starters, South Africa needs to halt construction of new coal plants and develop explicit transition policies for workers, communities and regions dependent on coal and fossil fuels. And while President Cyril Ramaphosa emphasised that South Africa’s economic recovery plan must be climate resilient and sustainable, a closer look will show otherwise.

Our environmental policies will be downscaled, and democratic processes put at risk with rushed public participation and limited free, prior, and informed consent consultations as government races “to unlock our country’s enormous untapped potential in upstream oil and gas reserves” – among other developments completely at odds with what the climate scientists are telling us.

In June 2020, when COP26 was postponed until November next year, Department of Forestry and Fisheries and Environmental Affairs Minister Barbara Creecy committed to a robust and consultative process for South Africa’s emissions pathway to 2030. In the lead up to COP26, meaningful engagement with civil society organisations, local communities, youth and women, in a gender-responsive manner, needs to take place to ensure their voices and concerns are included.

South Africa has tried and tested legislation and frameworks for what public participation looks like – and here are some examples of where it has worked in the past.

South Africa’s Constitution, the cornerstone of our democracy, has an entire section (Section 24) dedicated to the environment. It says: “Everyone has the right ­ to an environment that is not harmful to their health or well-being; and to have the environment protected, for the benefit of present and future generations, through reasonable legislative and other measures that ­prevent pollution and ecological degradation; promote conservation; and secure ecologically sustainable development and use of natural resources while promoting justifiable economic and social development.”

However, while legislation is a good start, we have a role to play in protecting these rights – which sit alongside the right to equality and basic education – and to ensure that they are not ignored by politicians or companies.

On voting day, when we put our ‘X’ down, and make a choice as to who we want to represent us – but our say doesn’t end there. We must engage in our democratic processes, engage with our representatives, and know who is responsible for upholding our views in Parliament – and if we don’t, what was the purpose of voting in the first place?

Public participation is a vital element in South Africa’s democracy. But it can be treated as a box-ticking exercise, and officials and corporates run rough-shod over communities’ rights. For example, in an expansive development on the Limpopo River, including a 3,000-megawatt coal-fired power plant, the dealmakers hid the details of the project from the land’s ancestral claimants. “The people who will be most affected by this proposed development were not even aware of the Environmental Impact Assessment and the public participation meetings that took place,” the African Climate Reality Project wrote in its submission to Mr Retief from Delta Built Environment Consultants, following consultation with community groups.

Without meaningful public participation and community-buy-in, these developments trample on people’s rights. A recent court judgment reinforced that communities must be fully informed about developments in order to make considered decisions about their homes and futures. This landmark judgment is thanks to the Umgungundlovu community in Xolobeni, Eastern Cape, who wanted to know the plans behind a large titanium mine planned for their pristine Wild Coast home. The mining company, Transworld Energy and Mineral Resources, had refused to provide the mining application that would allow the community to gauge just how its actions would affect them.

Last year, the Centre for Environmental Rights, representing groundWork and the Vukani Justice Movement in Action, began the process to sue the South African government over air pollution in Mpumalanga.

This rise in civic activism is not confined to environmental injustices or to South Africa. In the Democratic Republic of Congo, citizens and organisations are standing up to the “silent holocaust” of human rights abuses, and in Nigeria there are widespread protests against the excessive force and abuses perpetrated by the government’s Special Anti-Robbery Squad (SARS).

Each of these examples reinforce the importance of citizens exercising their right to participate and say no to decisions and actions that affect their lives. Public participation is a crucial aspect of democratic systems, and one that we need to safeguard by using our voices and choices. South Africans have many legally protected rights that our brothers and sisters in other countries are denied. However, often, our participation as citizens of a democratic state does not extend beyond casting our vote in the national and municipal elections. It is our responsibility to ensure that these rights are respected – and public participation is an important weapon in this climate justice battle.

What does public participation in South Africa look like?

Public participation is fundamental to the health of a country’s democracy and good governance. South Africa is no exception. This participation hinges on inclusive and collaborative processes in which key groups, such as political parties, government departments, and mining companies “consult with interested or affected parties (individuals, communities, organisations, and institutions) before making a decision”, according to Action 24’s Toolkit for Citizens’ Engagement with Legislatures. This free toolkit is intended as a do-it-yourself guide to help stakeholders identify – or invent – opportunities for engagement, and assist members of the public to critically assess the various forms of public participation they can or want to pursue.

There are many ways to become a more active citizen, but the first and foremost is to get informed – from what the issues are, to whom your elected representatives are. Get clued up on how you can take part in the decisions that affect you – from attending meetings in your legislature, making submissions, writing petitions, and taking part in oversight processes.

It is possible to avert a future in which the climate crisis ravages South Africa and its people, but we need to act – and we need to act now. So, let’s be active citizens. 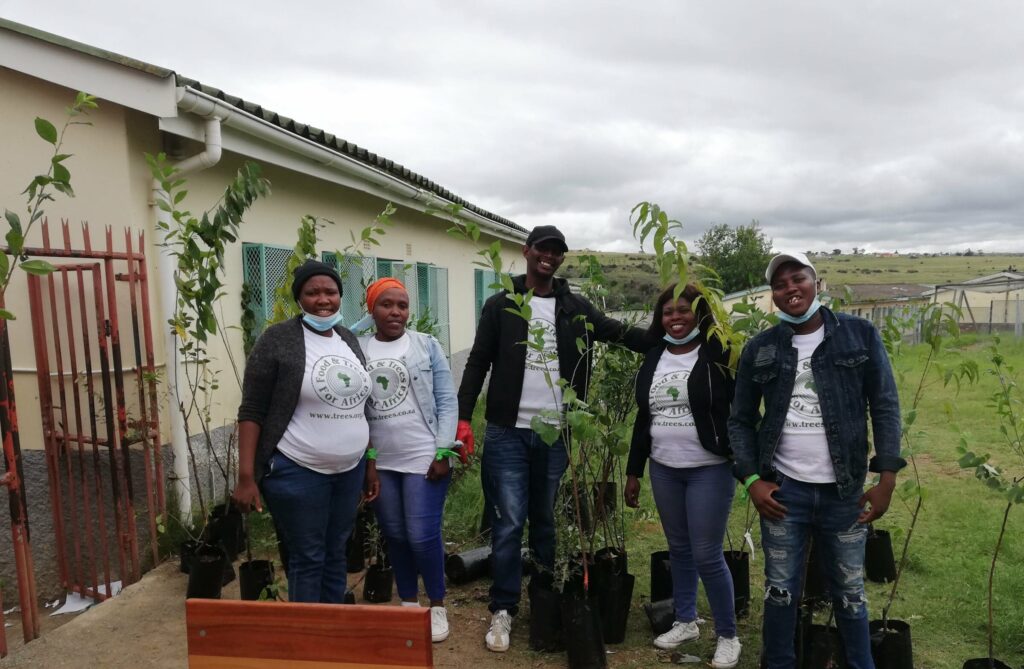 access_timeMarch 24, 2022
On 21 March, OMInsure made a generous donation of 1 500 trees to the community of Zwelitsha in the Eastern Cape to celebrate International Day of Forests 2022 and World Planting Day. Food & Trees for Africa (FTFA) is thrilled… 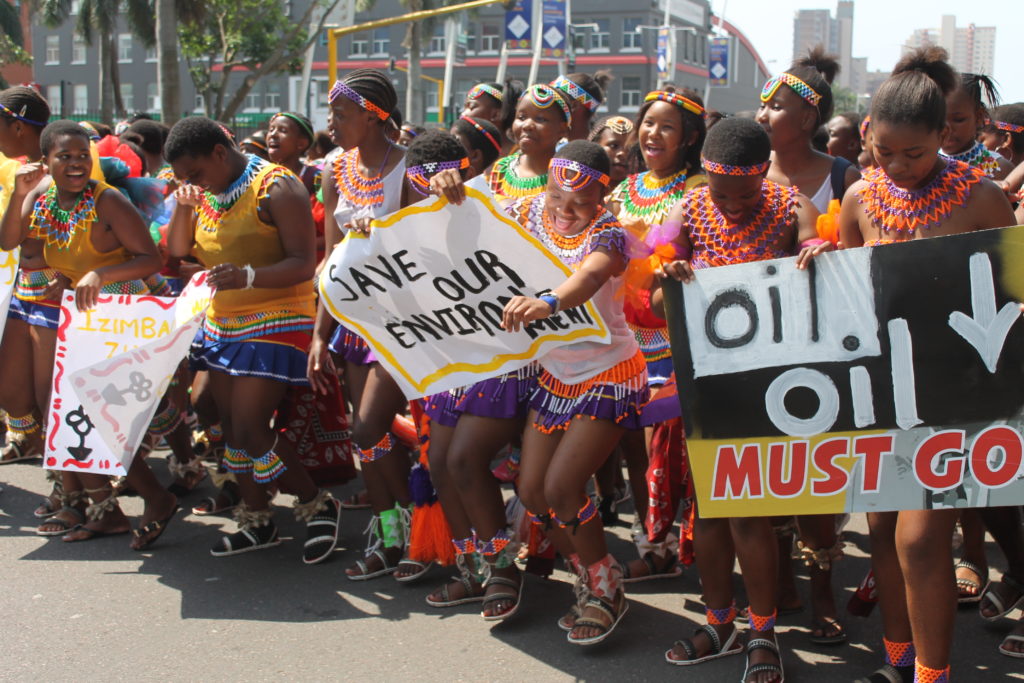 How Can We Take Action to Fight Climate Change?

access_timeDecember 10, 2019
The words ‘climate change’ are known by 41% of South Africans, according to a recent August 2019 Afro barometer Survey. However, there is quite a stark difference between having a term in our lexicon, and knowing what it means.  There… 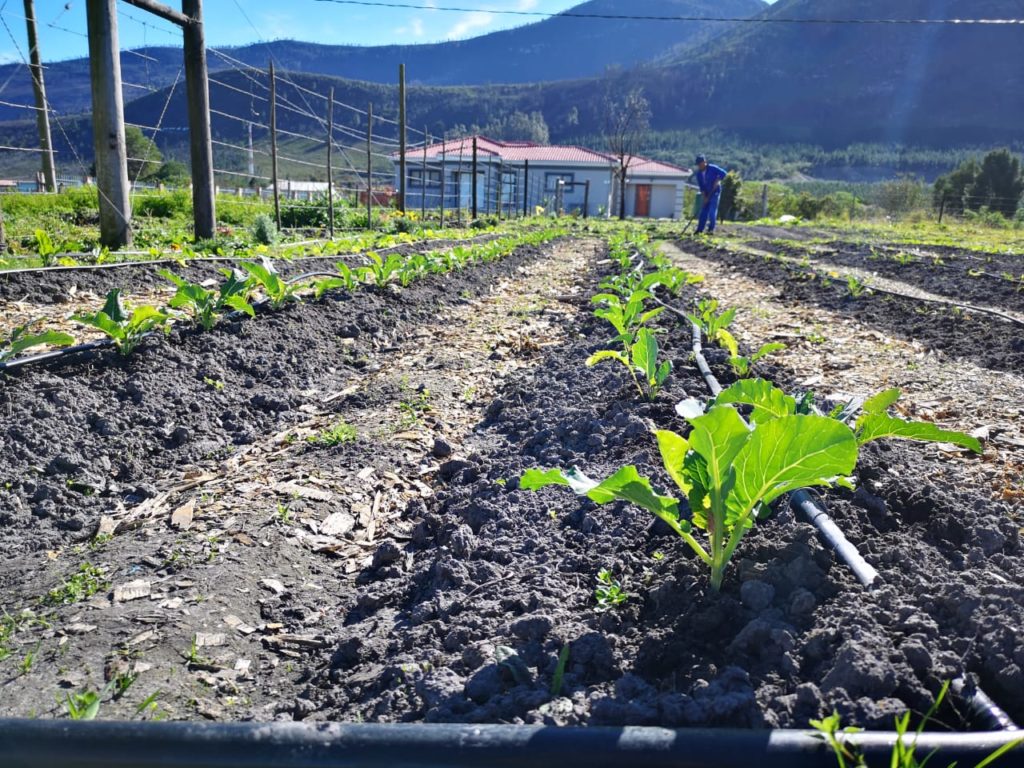 access_timeAugust 26, 2020
comment1 Comment
As soon as Food & Trees for Africa (FTFA) begins working with farmers, the clock starts ticking. The aim is to boost food production with agroecology. If we are not doubling crop production in six months, we may lose the… 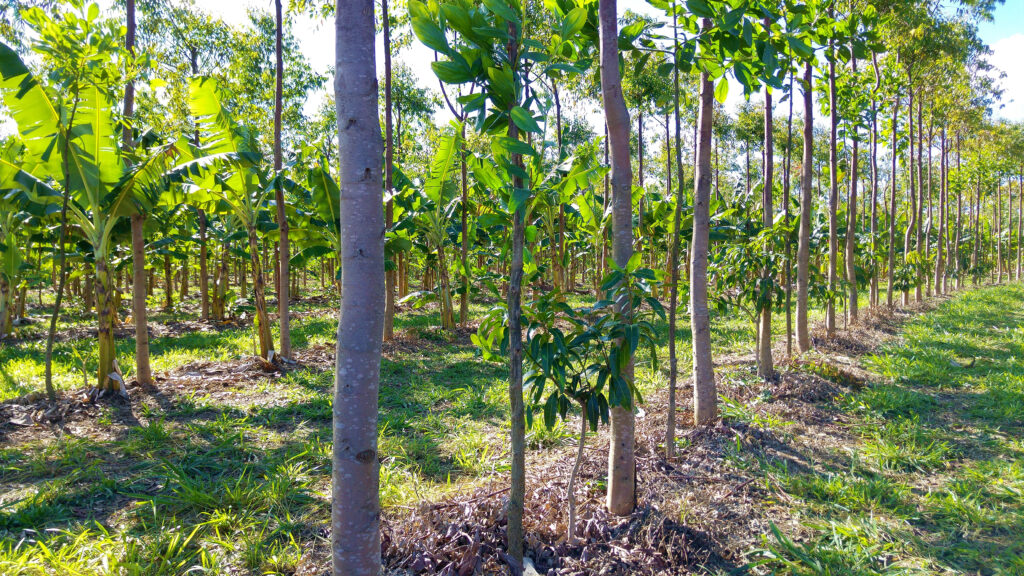 access_timeApril 19, 2022
Water retention and flood management are undervalued benefits provided by food forests. Food forests and other green spaces play a pivotal role in the hydrological cycle by soaking up large volumes of water. For instance, impermeable surfaces like tarmac greatly…

access_timeSeptember 5, 2019
Looking for the most influential voices in all aspects of the environment in South Africa? Here they are: the policy influencers, the entrepreneurs, the champions, the researchers and the media. By Bridget McNulty The environment: one word, so many different…

This is why you should measure and offset your carbon footprint

access_timeJune 8, 2021
Knowing your carbon footprint can help you fight climate change Climate change is already happening. We talk about what the world will look like when temperatures rise, but already some parts of the world are becoming uninhabitable – through water…
Menu