On the 8th of February 2018 the Nelson Mandela Foundation together with Keith Kirsten launched the Mandela Rose, developed in honour of our late president. It was a moving day at the Nelson Mandela Centre of Memory, where struggle stalwarts, friends and family packed into the auditorium to reflect on Tata Madiba’s legacy.

Ntate Desmond Tutu danced to Imilonji kantu sang by the choir in Madiba’s honour. Sello Hatang, CEO of the Nelson Mandela Foundation reflected on Mandela’s values of service, resilience and love, and how they were represented in the rose. Premier David Makura reflected on the nature of being elected into office, “it is about service to the people” above anything else.

Finally Tanya Visser, representing the South African Nurseries Association, described the “floriferous” rose, the end result of 18 years of development. Visser talked about how she hoped to see these roses growing in schools, on verges, in home gardens and even in traffic islands in the middle of the road. Tata’s love for gardening is represented in this rose, he was an avid gardener himself. We are reminded of his belief that through gardening you can nurture nature.

How the rose came to be:
Keith Kirsten, speaking at the launch of the rose, spoke of how he met Tata Mandela at a Food & Trees for Africa tree planting in Alexandra in the 1990s. This sparked a relationship grounded in gardening, with Kirsten assisting with the development of Madiba’s garden at his home in Houghton. Shortly thereafter, in 2000, Kirsten started thinking of developing a rose named after Tata, and received the go ahead from the Nelson Mandela Foundation. After 18 years the rose is finally ready to be sold to the public, just in time for the centenary of Madiba’s birth. The rose will be available for purchase from May 2018, proceeds of which will go solely to the Nelson Mandela Foundation.

News Tag
Previous Post
Keeping an Eye on Community Development with Tiger Brands
Next Post
Planting 1,071 Trees During the ‘Month of Love’

access_timeMay 18, 2017
Introducing more renewable energy into the energy mix of African countries is urgently needed to reduce our carbon emissions and avoid the extreme impacts of runaway climate change. ACRP’s new campaign on The Success of Renewable Energies in Africa aims… 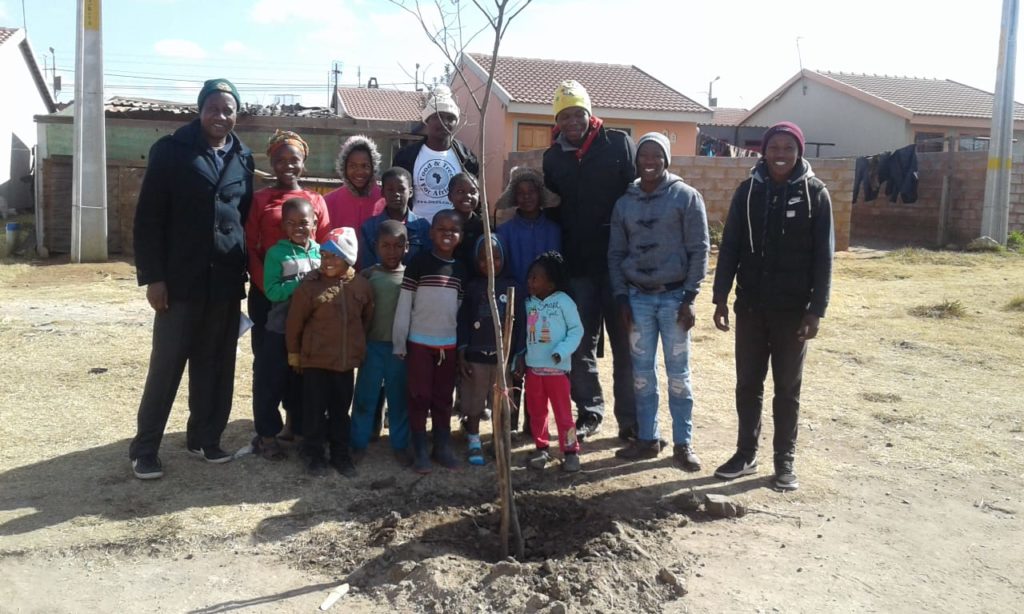 access_timeJuly 6, 2018
On the 27th of June 2018 FTFA, DAFF, Ekurhuleni Municipality and the community of Eden Park West in Thokoza partnered in a tree planting event that saw 300 trees planted in one day and 50 youth volunteers trained and employed. 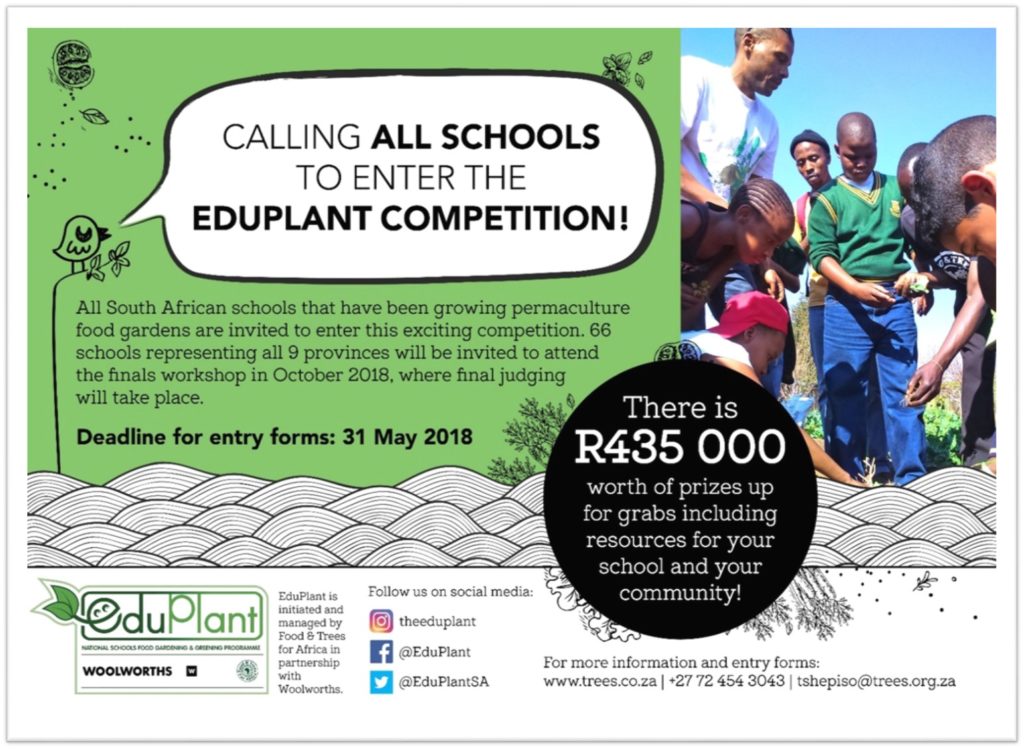 Calling All Schools to Enter The EduPlant 2018 Food Gardening Competition

access_timeJune 20, 2018
Tell us your story! Schools who have been growing and creating their gardens are invited to enter the EduPlant competition. There is R435 000,00 worth of prizes,  esources and funding for the winning schools. 66 provincial finalists will get a… 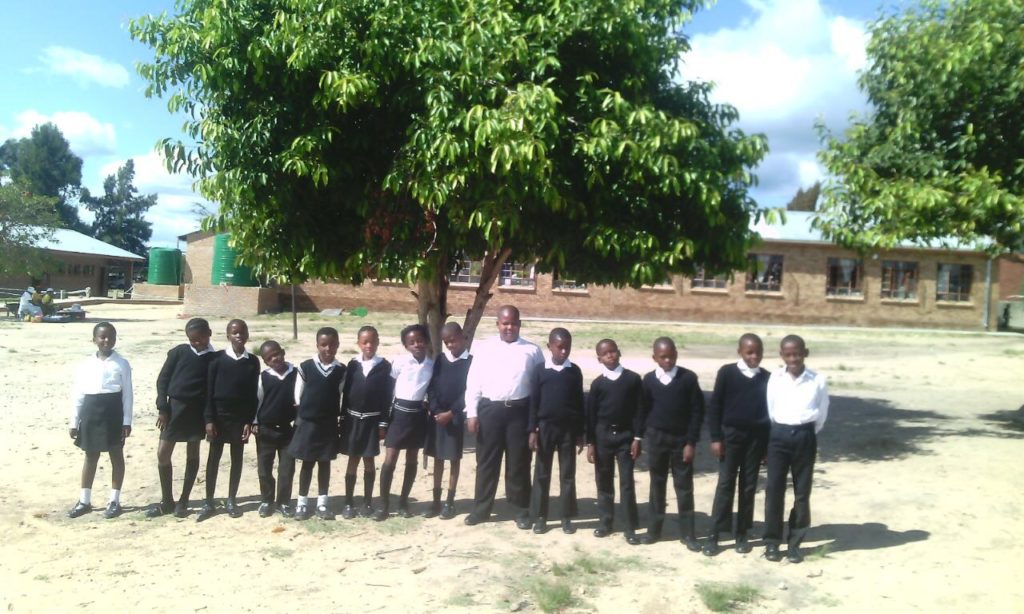 Food and Trees for Africa Plants a Growing Green Legacy

access_timeMay 18, 2017
Food & Trees for Africa have been planting trees since 1990. 4.5 million is a number we mention frequently – the number of trees planted to date. Although impressive, this metric is meaningless without the impact stories that accompany it.… 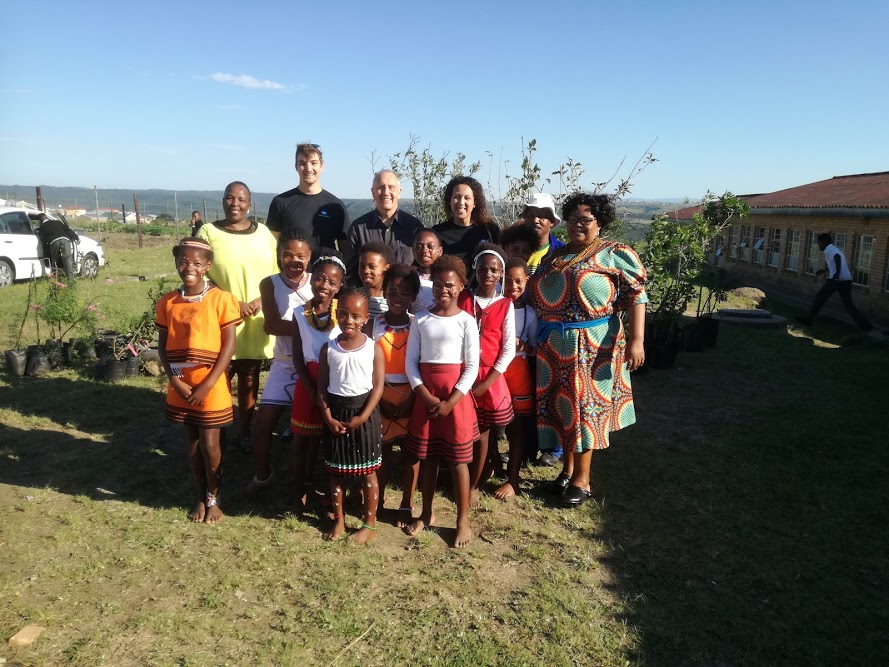 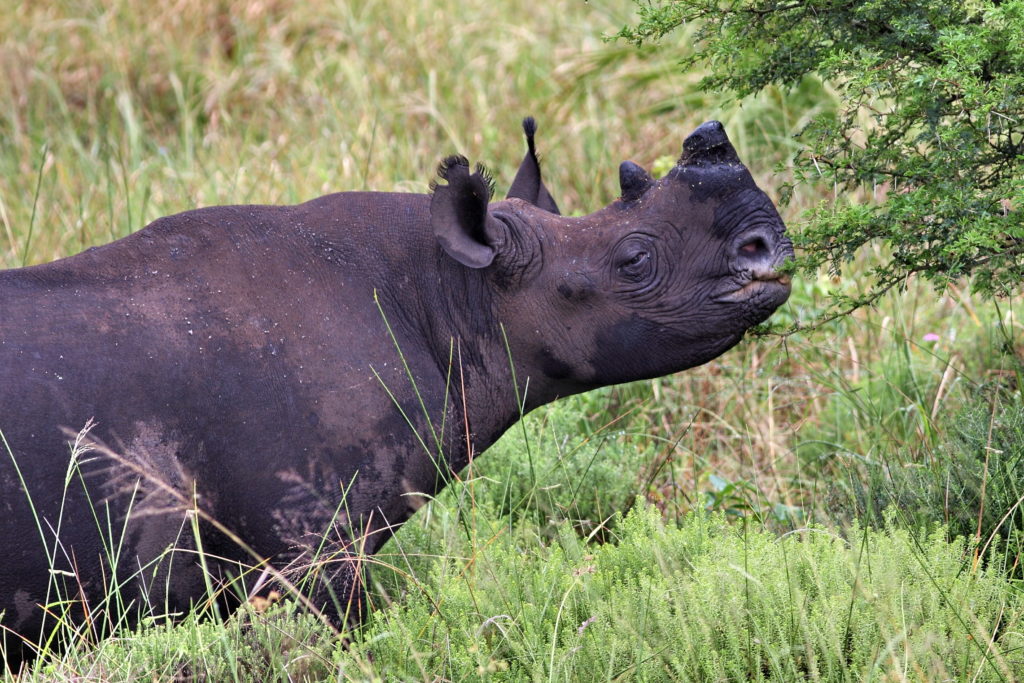 access_timeMarch 24, 2017
Konica Minolta South Africa is piloting an exciting new project with the planting of Spekboom for black rhino fodder. The Spekboom will be planted at the Care for Wild Rhino Sanctuary NPC – the largest rhino orphanage and sanctuary in the world, and home to the company’s seven adopted…