The Financial Services Sector is a key stakeholder and needs to be a leading role player in curbing climate change risks through smart ESG.

The state of climate resilience and readiness in South Africa

Africa is warming faster than the global average. According to the Sixth Assessment Report of the Intergovernmental Panel on Climate Change (IPCC), predictions indicate that critical global warming levels are likely to arrive within the next two decades. Climate change already affects millions of people, and Africa’s exceptional vulnerability makes a just transition to a climate resilient economy that much more important. Not only is Africa the second-most climate vulnerable region of the world; it also shows the least industry readiness in terms of mitigating and managing future risk. Rapid changes in weather patterns already erode the productivity of local water and food systems and generate unintended consequences for sustainable development.

Although Africa’s carbon emission share is below 3 percent of global emissions, the continent is disproportionately burdened by the impacts of climate change on economies and livelihoods. The developmental gains of the region are being derailed by these impacts. Further socio-economic disruptions are projected to cost the continent at least $50 billion annually by 2050. South Africa is no exception to this, as exemplified by extraordinary events in the last decade, such as record drought in the Karoo, Cape Town narrowly dodging DayZero, and most recently the devastating floods in KwaZulu-Natal.

Industry preparedness is a long-term investment

In April and May of 2022, severe flooding laid waste to eastern KwaZulu-Natal, destroying thousands of homes and displacing approximately 40 000 people. The catalyst was a low-pressure system delivering extremely high rainfall over a short forty-eight hour period. The estimated infrastructural damage to the province is around R25 billion, according to the KwaZulu-Natal Cooperative Governance and Traditional Affairs Department (Cogta). Due to the geographic location and concentration of the flooding, short-term business performance was severely impacted. KwaZulu-Natal plays a pivotal role in South Africa’s supply chain and logistics, and the closure of various trade hubs including the Port of Durban meant that these impacts extended far wider than just KwaZulu-Natal. A survey by the Department of Trade, Industry and Competition revealed that at least 826 businesses were affected. The cost of business losses is approximately R7 billion.

For many years, climate change risks were viewed as issues to be faced decades into the future. Now, an abundance of evidence shows that Africa will continue to experience an increase in the frequency and intensity of these extreme events. The fact that it poses a major risk to the economy is not a novelty. Climate change will significantly affect societal wealth, resource availability, consumption prices, supply chains, and ageing infrastructure. Building resilience will require transformative change, with support from the private sector. Within this space, the financial service sector (FSS) is both a key stakeholder as well as an innovator in hedging the future risks of climate change-related business and infrastructural impacts.

Due to the growing intensity and frequency of extreme weather events, the insurance industry is particularly prone to asset risk; an issue that affects insurability as well as insurance premium costs. Infrastructure is the backbone of the economy. It connects people, enhances quality of life, and promotes health and safety. Infrastructural vulnerabilities are being revealed through climate change, but the risks extend beyond this. Not only will a failure to respond to climate change have major cost implications for the insurance industry in South Africa, it will also leave their customers and communities exposed and vulnerable. Extreme climate events are increasing insurance recovery costs, and one large South African insurance company disclosed that it had received more than R245 million in flood-related claims the day after the floods. As these losses pile up the insurance industry is progressively more exposed and having to pay out many claims all at once.

To combat climate change, consensus exists that global temperatures should not increase by more than 2 degrees Celsius. Therefore, early action is required by FSS companies to provide greater certainty and establish long-term investment strategies to meet the challenges faced by the communities in which they operate. Because climate change has the potential to destabilise the FSS; banks, insurers, and investors must prepare for actual climate risk, not only for their operations but also across entire portfolios in order to safeguard their own future viability.

It is essential that the FSS take a solutions-based approach to mitigating climate change related risk, and that they are at the forefront in building climate resilient communities and economies. Involvement in adverse events that directly affect customers, such as the recent KZN flooding, ensures that companies’ voices are included in decisions that ultimately affect them. Some companies are already stepping up as leaders in combating climate change and are offering solutions by investing in smart, strategic Environmental Social Governance (ESG) initiatives that have a direct impact on Greenhouse Gas (GHG) sequestration. ESG is no longer a fringe issue. The FSS must make proactive advances towards compliance and investment which will be critical to engage all stakeholders including clients, shareholders, employees and the communities in which they do business.

Branching out to mitigate future risk

A prime example of this kind of investment strategy is a long-term tree planting partnership between Food & Trees for Africa (FTFA) and Global Payment Technologies (GPT).

Agriculture and forestry already account for approximately 25 percent of global anthropogenic GHG emissions, of which around 10 percent is due to deforestation. Trees make communities and ecosystems more resilient to climate change. Throughout their lifetime, trees continuously remove carbon dioxide from the air and store it in their roots, stems, and leaves. They also build long-term climate resilience by helping to regulate the water cycle, reducing soil erosion and the risk of landslides, floods, and drought, while purifying the air and providing habitats that house biodiversity and maintain genetic diversity of species. For the world to reach net zero by 2050, we need to remove carbon from the atmosphere, and one of the easiest ways to do that is to plant trees.

To this end, GPT donated 1521 trees to FTFA’s various tree planting programmes. Four-hundred-and-fifty indigenous trees have already been planted at FTFA’s Stutterheim afforestation project. GPT and FTFA planted the trees in the Kologha Forest on World Rainforest Day on June 22, 2022. Situated within a reserve just outside Stutterheim in the Eastern Cape, Kologha is an important part of South Africa’s heritage. The project is a Research and Development (R&D) initiative by FTFA aimed at establishing the most efficient and effective tree planting methodology for maximum carbon sequestration across South Africa. The remaining 1071 trees pledged by GPT will be rooted down across selected South African projects throughout 2022. Usually these include a mixture of indigenous trees, fruit trees, and nuts trees which contribute to food security in addition to mitigating climate change-related risks in vulnerable communities.

Through projects like these, GPT and FTFA aim to elevate the value of environmental resources and build sustainable communities that are aware of the benefits of a green environment. Greening communities, offsetting carbon dioxide, settling dust and creating healthier people and ecosystems are just some of the benefits of tree planting. Since the start of this partnership, GPT has planted in excess of 9000 trees in five regions of South Africa. Loosely translated, this amounts to 3321 tonnes of carbon dioxide removed from the atmosphere. A further 561 tonnes will be sequestered with the additional 1521 trees.

Do you want to know how forests are fighting climate change? Here is our latest report: Sink Our Co2: A people-centred approach to managing Africa’s forests as a carbon sink. 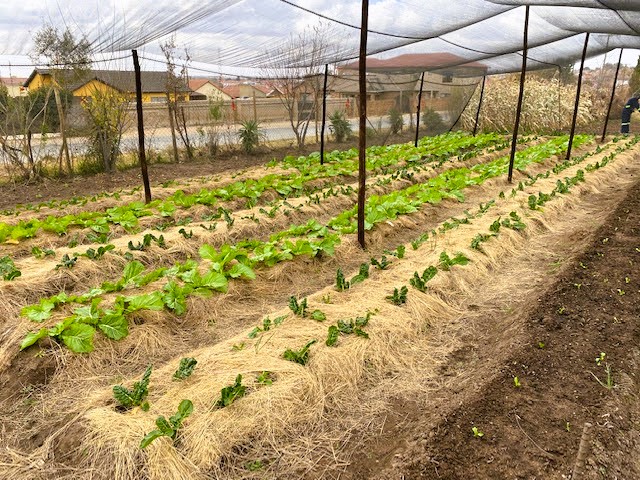 access_timeAugust 8, 2022
In Tsonga, the word “Kula” means “to grow”; in Swahili it means “to eat” and it is also a Sanskrit word for “community”. The word reflects Nonkululeko Britton’s core values of sustainability, health and wellness and building communities, and yet… 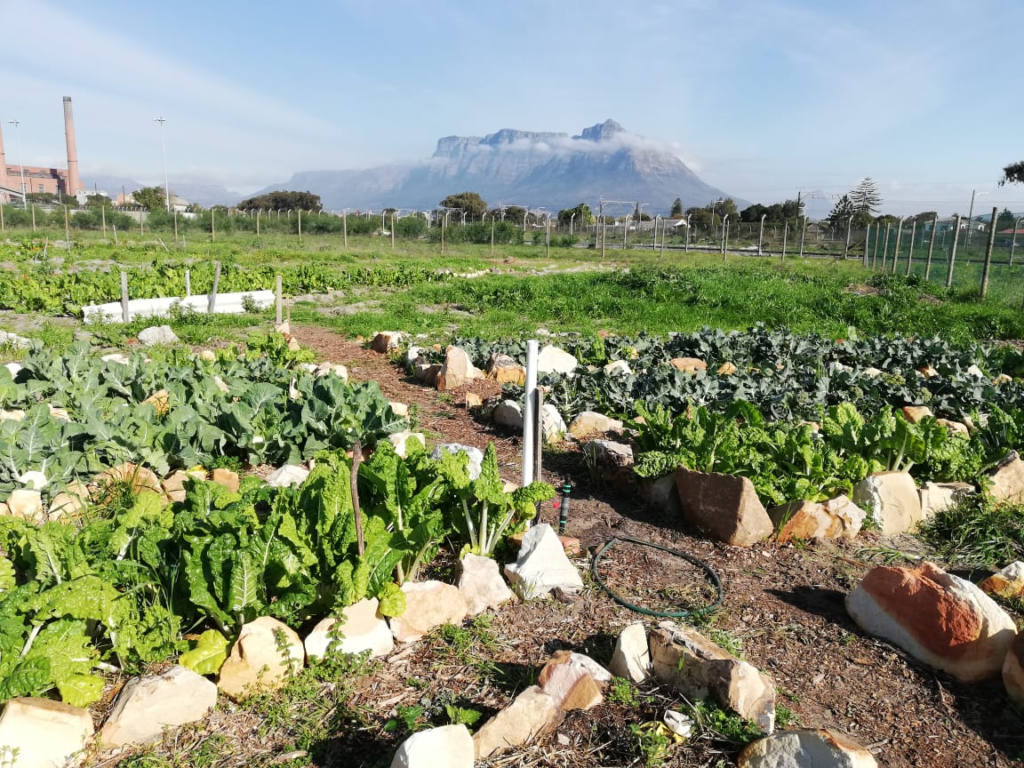 access_timeSeptember 5, 2019
WE NEED trees to breathe, to absorb carbon dioxide and release oxygen and help prevent global warming. These were the words of Food and Trees for Africa facilitator, Melissa Andrews, speaking at Mokone Primary School in Langa yesterday, where fruit…

access_timeJanuary 17, 2023
John F. Kennedy once said “Children are the living messages we send to a time we will not see”. The members of Ufuzo Agricultural & Dropping Off Centre share this sentiment in light of improving food security in their community.…

This is why you should measure and offset your carbon footprint

access_timeJune 8, 2021
Knowing your carbon footprint can help you fight climate change Climate change is already happening. We talk about what the world will look like when temperatures rise, but already some parts of the world are becoming uninhabitable – through water… 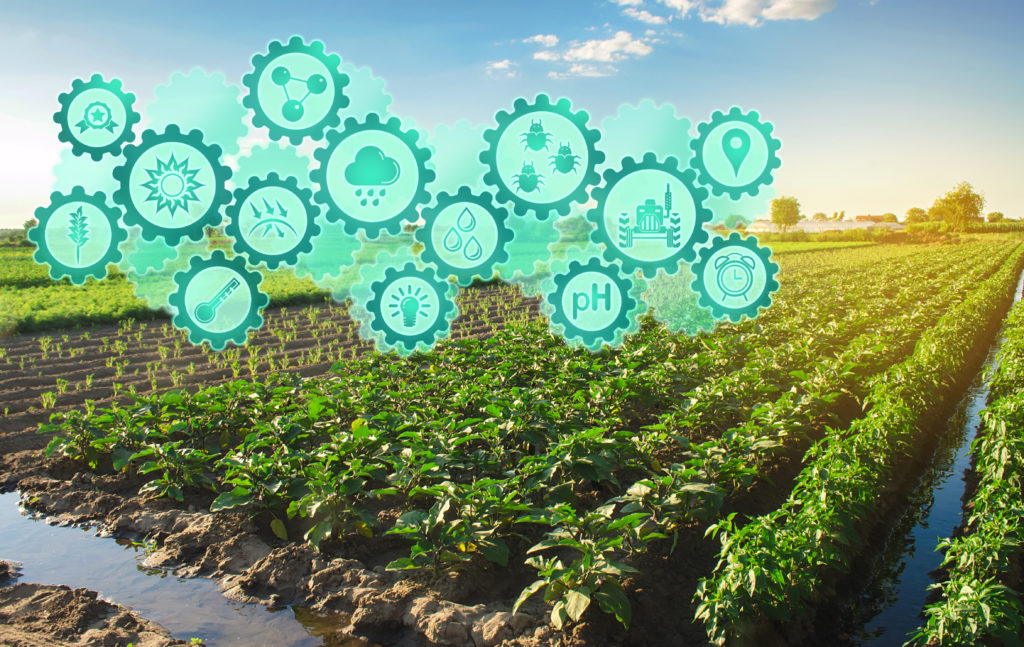 access_timeOctober 26, 2021
01 October 2021, Cape Town – Food & Trees for Africa (FTFA), a Non-Profit Social Enterprise that was originally founded to address environmental inequalities and food security has taken another step within the development sector by today launching “Footprint“, a… 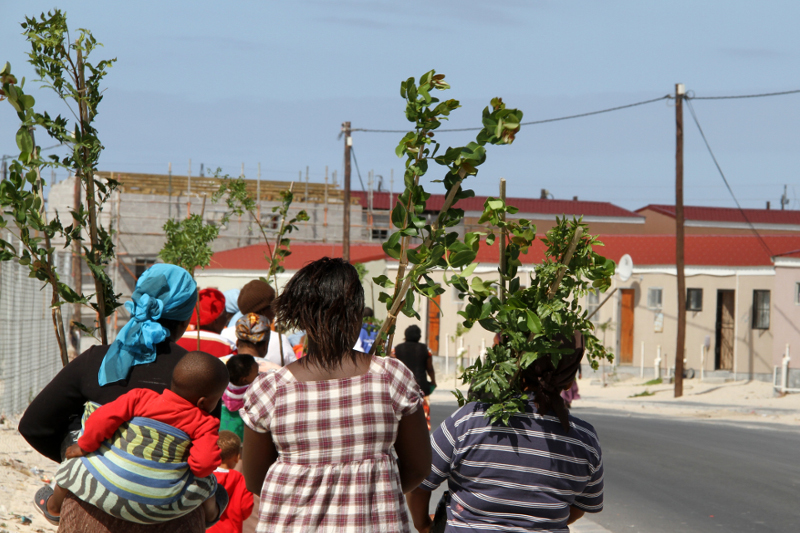