Each FTFA-assisted school will now mentor two other schools to boost SA food security. Schools can become food hubs, increasing the availability of nutritious food, and become economic engines within their communities.

Food & Trees for Africa’s (FTFA’s) EduPlant programme offers schools in under-resourced areas training, resources and support to develop or improve their food gardens. The programme, endorsed by the Department of Basic Education’s National School Nutrition Programme and now supported by Tiger Brands, has been running since 1994 and has worked with thousands of schools.

Hubs of food and knowledge

But these schools could have an even larger impact, and FTFA is working to position them as food hubs, or “Edu Hubs”.

“We want the schools in our programme to have a greater impact in the surrounding community,” says Robyn Hills, FTFA food programmes manager. Going forward, EduPlant schools will also be responsible for two satellite schools, as well as five homestead gardens.

“It’s how we can make a greater impact with the same budget, how we can do more with what we’ve got,” she says. “These are schools that know so much about permaculture, and this is a way for them to be recognised in their communities as food garden schools.”

EduPlant’s new strategy to create Edu-Hubs ensures that “learnings are spread and we can deliver resources to those satellite schools at a fraction of the cost”,” Robyn says.

Every two-year cycle, FTFA facilitators oversee about 300 new schools, assisting learners and educators to improve their food gardens. This cycle culminates in the EduPlant competition to honour the best EduPlant permaculture food gardens in the country. However, these schools’ performance will now also be judged on how well they engage with other schools and share their knowledge.

FTFA established EduPlant almost 30 years ago, and “imagine if all the schools it supported had been responsible for two schools. The multiplier effect makes sharing resources easier,” says Robyn.

When South Africa entered its first hard lockdown in March last year, FTFA’s EduPlant training showed its true value. During that time, about one in three South Africans went to bed hungry, according to a study by the Human Sciences Research Council. Children were disproportionately affected, as many of them rely on school feeding programmes and gardens for food.

When schools closed, most educators and learners were locked out of their food gardens. But many educators began developing their own food gardens at home. For example, Ms Busi Maditsi, an educator at Elizabeth Matsemela Secondary School in Soshanguve in Pretoria, drew on the skills she’d acquired through the EduPlant programme and she shared her produce with her community.

All South Africa’s children deserve to learn about the environment

There is more to the EduPlant programme than simply having a food garden and producing vegetables, says Robyn. It is also about sharing knowledge. “Children in rural areas shouldn’t be left out of knowing about our environment and our food systems,” she says.

As part of the EduPlant programme, educators and learners learn about nature stewardship, climate change, and their right to a clean environment.  “The destruction of the environment is more evident in poorer areas,” Robyn says. “And if learners know what water pollution is, they are more likely to report what they are seeing and do something about it.

“EduPlant is the beginning of many children’s journey in understanding their place in nature and their place in the food system,” she says. And as the EduPlant programme evolves and includes more schools and people, the greater its impact and knowledge sharing. 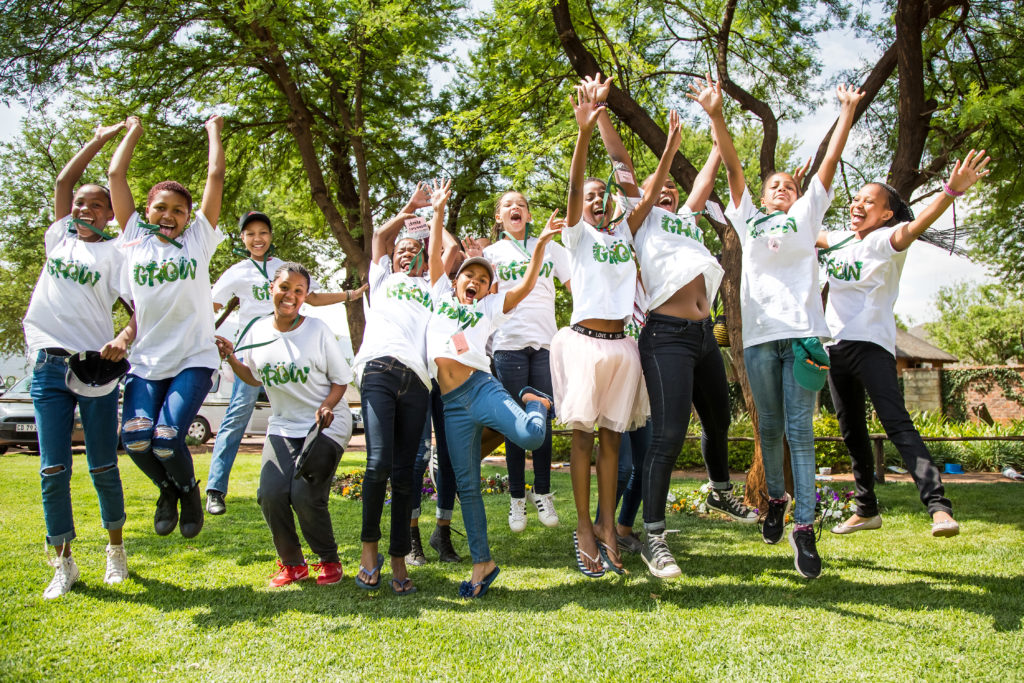 access_timeOctober 7, 2020
comment6 Comments
PRESS RELEASE DATE: 5 October 2020 Food & Trees for Africa (FTFA), in partnership with Tiger Brands and Woolworths, is searching for the best permaculture school garden in South Africa. The EduPlant programme, run by FTFA since 1994, is the… 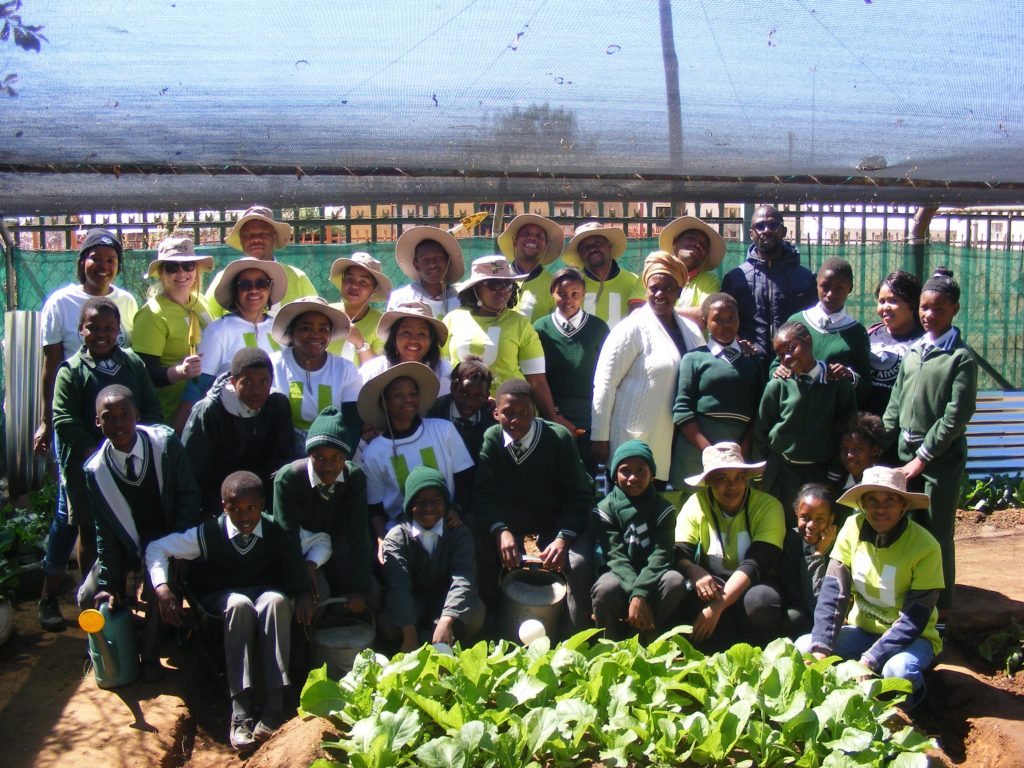 A Multipronged Approach to Social Responsibility

access_timeNovember 1, 2019
How do companies choose where to spend their CSI budgets? MEGAN ELLIS discovers that a multiprogramme approach can effectively support many varied causes. There’s no shortage of worthy causes and initiatives in South Africa. From education programmes and job creation…

Donation of Trees For Those in Need 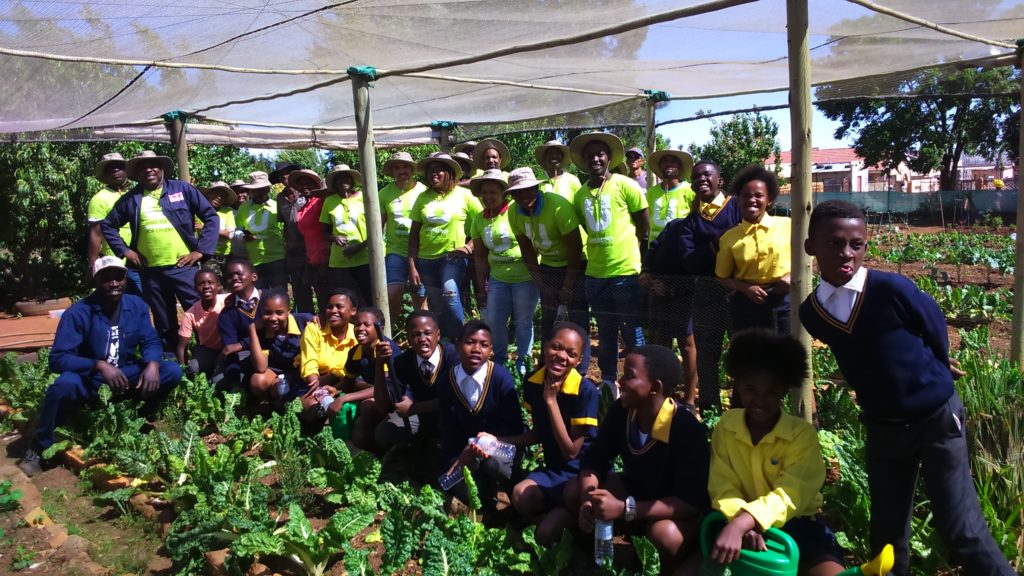 access_timeOctober 25, 2017
In celebration of October’s World Food Day, a volunteer cohort of over 200 employees from Woolies stores across the country rolled up their sleeves and went to work with learners in ten schools’ permaculture food gardens. As part of the…

access_timeDecember 3, 2021
Food & Trees for Africa, in partnership with Tiger Brands, have found the best South African permaculture school garden in 2021.  3 December 2021 – Food security is becoming increasingly important in the face of climate change and the economic…