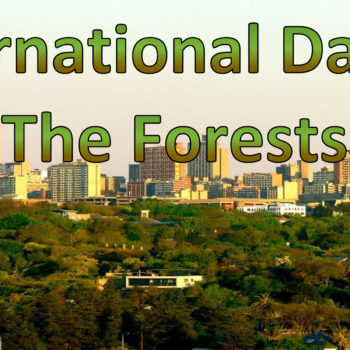 International Day of The Forests 2017 with FTFA

March 17, 2017Community Tree Planting, News, Trees in Shared SpacesBeni Sizwe
Food & Trees for Africa is celebrating the International Day of the Forests this month by planting at least 2980 trees nationwide. FTFA is focussing on urban forests, which play a critical role in improving the urban environment and cooling it down. According to the Gauteng Department of Agriculture and Rural Development, Gauteng’s average temperatures are increasing at double the rate of global average temperatures. Gauteng will witness an average temperature increase of 1-2 degrees Celsius by 2035, and 3-6 degrees increase by the end of the century. Gauteng’s temperature increases are attributed to climate change trends globally as well as the Heat Island Effect experienced by cities. National temperatures are also increasing at an accelerated rate.

Trees play a critical role in reducing temperature through blocking sunlight from warming up man-made surfaces, as well as evapotranspiration (releasing water vapour that reduces the surrounding air temperature). Trees have the potential to cool down surface temperatures by between 7 and 11 degrees Celsius. It is imperative that we plant trees throughout South Africa – especially in treeless areas such as the townships.

On 22 March, FTFA and Konica Minolta South Africa will be planting 750 trees in Mamelodi to mark the International Day of the Forests. Konica Minolta South Africa have pledged to plant 1380 trees in March in an ongoing commitment to address climate change. These trees are being planted at schools, churches and community centres who have applied to FTFA to receive trees.

“It is imperative that we plant trees in tree-less urban areas, for the climate adaptation potential as well as for civic pride. Green spaces go a long way to creating a healthier environment for all.”

With persistent drought conditions in parts of the country, South Africa does not need to stop planting trees. It is possible to plant a thriving urban forest even in dry conditions. Food & Trees For Africa uses permaculture techniques such as mulching to reduce the water needs of newly planted trees. Communities are trained to re-use their grey water to water trees, as well as to plant with 2L bottles to decrease watering needs. Employing all these methods makes it possible to plant trees that will thrive despite in drought conditions.
: Community Tree Planting, News, Trees in Shared Spaces
Previous Post EduPlant 2017 Has Begun Next Post The Success of “Mam Vi” 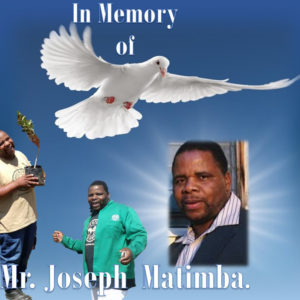 access_time May 16, 2017
Joseph Matimba, 48, a pioneer of permaculture in South Africa, was killed in a tragic bus accident in Zimbabwe on 5 April 2017. After weeks of trying to find out what had become of Mr Matimba, the terrible news that… 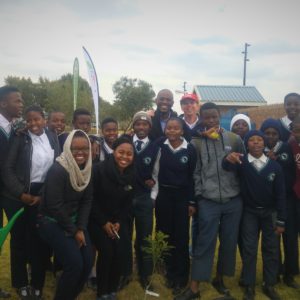 access_time July 9, 2018
comment No Comments
On the 14th of June Food & Trees for Africa and Cova Advisory planted trees at Tsosololo Ya Africa Secondary School in Tembisa. The school were happy to receive 40 trees, half fruit and half indigenous shade, to create an… 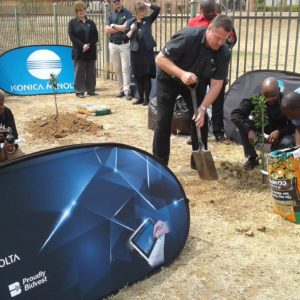 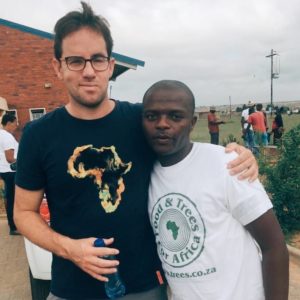 The Power of Individual Giving

access_time February 28, 2019
This project is a profound illustration of the power of individual giving to impact local communities... 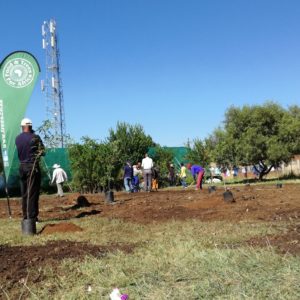 Seminar to Celebrate the International Day of Forests

access_time March 20, 2018
The Department of Agriculture, Forestry and Fisheries in partnership with the South African National Biodiversity Institute, Food & Trees for Africa and other role-players will host a seminar on the International Day of Forests under the theme “Forests and Sustainable… 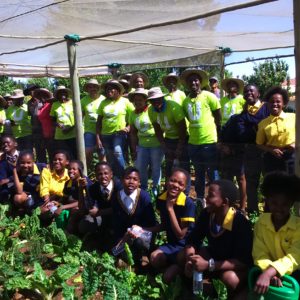 access_time October 25, 2017
In celebration of October’s World Food Day, a volunteer cohort of over 200 employees from Woolies stores across the country rolled up their sleeves and went to work with learners in ten schools’ permaculture food gardens. As part of the…
Menu