The current approach to food, nutrition, agriculture, and the environment is unsustainable and must change. There is no time to waste, say the130 national academies of science and medicine across Africa, Asia, the Americas and Europe that compose the InterAcademy Partnership.

With COP24 starting next week – alongside meetings today on food security at the European Commission and FAO/IFPRI in Bangkok – there is now a vitally important opportunity to drive collective action worldwide to transform global food systems and mitigate climate change. Today, 130 national academies of science and medicine have united to urge policy-makers to take immediate action on climate change to improve the sustainability of global food systems. In a wide-ranging new report, Opportunities for future research and innovation on food and nutrition security and agriculture: The InterAcademy Partnership’s global perspective, the authors call for an end to business as usual and urge leaders to look to science to drive innovation and inform policy.

“Our food systems are failing us. Next week at COP24, we need to see leaders take action on climate change and go beyond political statements. It is not only the environment that is at stake, but health, nutrition, trade, jobs and the economy. Agriculture and consumer choices are major factors driving disastrous climate change. We need a robust and ambitious policy response to address the climate impacts of agriculture and consumer choices – and scientists have a major role to play. Our new report is a wake-up call to leaders”, said Professor Joachim von Braun, Co-Chair of the IAP project on Food and Nutrition Security and Agriculture, President of the Pontifical Academy of Science, and Director of the Center for Development Research (ZEF) at the University of Bonn.

2018 has revealed precisely how vulnerable food systems are to extreme weather and other results of man-made climate change. Moreover, agriculture, forestry and land-use change alone – not including food transport and other energy-intensive processes – contribute around 20 to 25% to global annual emissions. The latest Special Report by the Intergovernmental Panel on Climate Change (IPCC) made clear that a 2°C increase of global temperature must be avoided at all costs. In 2018, FAO noted that the absolute number of undernourished people has continued to increase, between 2016 and 2017, and other nutrition targets are also being missed. Climate extremes and variability are threatening to erode and reverse previous gains made. The drive for calories in food production is causing health challenges, including obesity. Climate change is exacerbating food and nutrition insecurity and inequalities.

“This is no time for business as usual. In addition to climate change, our current food systems are negatively impacting people’s health around the globe. High-calorie diets have become cheaper, and this has serious implications for public health, obesity, and malnutrition. Science is critical to tackling the Sustainable Development Goals, in particular, hunger and health,” said Professor Volker ter Meulen M.D., Co-Chair of the IAP project on food and agriculture and President of IAP, the InterAcademy Partnership.

There is an urgent need to strengthen evidence-based policies and programmes and invest in solving the most critical challenges of our times: mitigating climate change through changes to food production and consumption, and ensuring that people globally have access to nutritious, affordable and environmentally sustainable food. These issues are not only critical for health and the environment but also the global economy, trade and jobs. Climate-smart agriculture; incentives for consumers to change their diets; innovative foods; and cutting-edge technologies combined with rigorous social science are indispensable for addressing the root causes of our failing global food system.

What kinds of changes need to be made?

Incentives for consumers to change their diets
There need to be incentives – informed by evidence – for people to improve their diets, both for public health – including obesity and nutrition – and for the environment. Policymakers need to understand the drivers of demand and find ways to change consumer behaviour, including the acceptance of innovative foods and innovative diets. Policymakers also need to help consumers understand and weigh the environmental implications of food choices. Reducing food waste should be prioritised, too: it is a major opportunity with significant benefits for climate and the environment.

Innovative foods
There must be ambitious efforts by policymakers and other leaders to influence consumer behaviours that produce greenhouse gas emissions. Changing dietary consumption could bring co-benefits to health and climate such as reducing meat consumption in some regions like Europe or increasing innovative foods and diets. Examples of innovative foods include meat–mushroom mixes, lab-grown meat, algae, and appealing insect-based foods.Collaboration between natural science and social science

Collaboration between natural science and social science
Research needs to be translated to applied innovation, but this will require stronger connections across disciplines and with cutting-edge technologies, science education, training and outreach. Life sciences and basic research must cooperate much more closely with social science and policy research on food, nutrition and agriculture.

The scale of the challenge

According to the latest assessment by the UN (FAO et al., 2017), the number of chronically undernourished people in the world increased from 777 million in 2015 to 815 million in 2016. Many more people suffer from micronutrient deficiency and from the disorders associated with being overweight or obese. The food security status has worsened in particular in parts of Africa, South-East Asia and Western Asia, most notably in situations of conflict and in combination with droughts or floods. These growing causes of food insecurity associated with conflict and climate underline the need to include more social sciences, health and climate sciences in the global food, nutrition and agriculture research agenda to understand the issues and the options for their resolution. Agricultural production cannot expand infinitely: there is a critical imperative to avoid further depletion of ecosystem services and biodiversity. According to the World Bank, approximately 11% of the Earth’s land is used for arable purposes – that is, under cultivation – with a larger percentage, more than one-third, agricultural (including pasture and grazed forest lands).

Notes for Editors
For this three-year project funded by the German Federal Ministry of Education and Research (BMBF), four parallel regional academy network working groups were constituted: in Africa (the Network of African Science Academies, NASAC), Asia (the Association of Academies and Societies of Sciences in Asia, AASSA), the Americas (the Inter-American Network of Academies of Science, IANAS) and Europe (the European Academies’ Science Advisory Council, EASAC). The academies’ experts on food and nutrition security and agriculture from the four global regions decided on 10 guiding priority questions, the responses to which from each region formed the basis of the academies’ analysis. The four regional working groups developed their advice which were then subject to academy-nominated independent peer review and endorsed by each regional academy network. The feedback to the four regional reports was used as a resource to prepare this fifth, global report under the auspices of an expert editorial group. The global report was independently peer reviewed and endorsed by IAP.Quotes about the report

Quotes about the report
1. Dame Prof. Anne Glover FRS commented: “The academies’ focus on scientific opportunities, both to make better use of the knowledge already available and to fill present knowledge gaps by new research, adds significant value to the many other reports in this important area. There is urgent need to use research outputs to inform policy and accelerate innovation and, as the IAP work rightly emphasises, innovation is needed at the technical, regulatory and societal levels”
2. The Pontifical Academy of Sciences: Final Statement of the Workshop on Workshop on Food Safety and Healthy Diets said: “The science base of food safety and healthy diets needs strengthening. The emphasis on food safety in the recent studies by the InterAcademy Partnership on future research priorities in the field of agriculture, food security and nutrition for Africa, Asia, the Americas and Europe provides a basis.”

About the InterAcademy Partnership (IAP)﻿
The InterAcademy Partnership (IAP) is the global network of over 130 national academies of science, medicine and engineering worldwide. It was formally launched in March 2016, building on three previously existing global academies’ networks. In IAP, the academies work together to support the special role of science and its efforts to seek solutions to address the world’s most challenging problems. In particular, IAP harnesses the expertise of the world’s scientific, medical and engineering leaders to advance sound policies, improve public health, promote excellence in science education, and achieve other critical development goals. 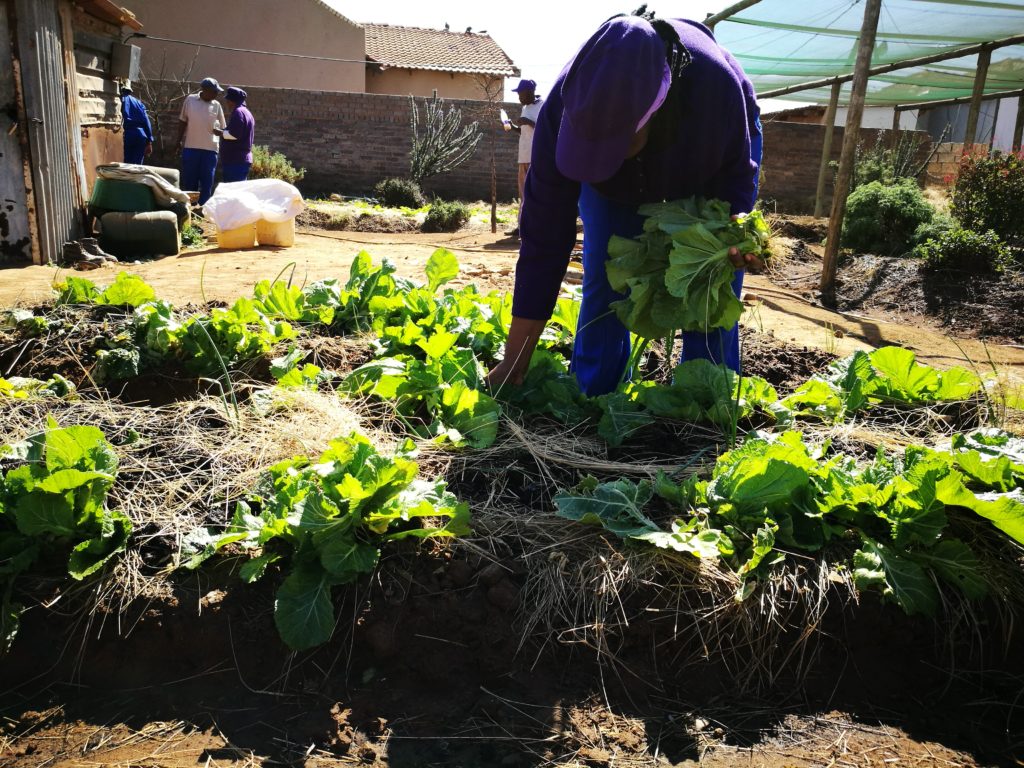 Nourishing the Nation With Food Gardens

access_timeOctober 25, 2019
comment1 Comment
Food & Trees for Africa (FTFA) is feeding the nation by planting food gardens, orchards and fruit trees across South Africa.  Every year, more and more food gardens are springing up across the country – in schools and communities, urban…

access_timeJune 8, 2021
FTFA has developed a broad base of farmers and cooperatives to bolster food security Agricultural supplier development has been at the heart of Food & Trees for Africa’s (FTFA) work for more than 30 years. The non-profit, dedicated to food… 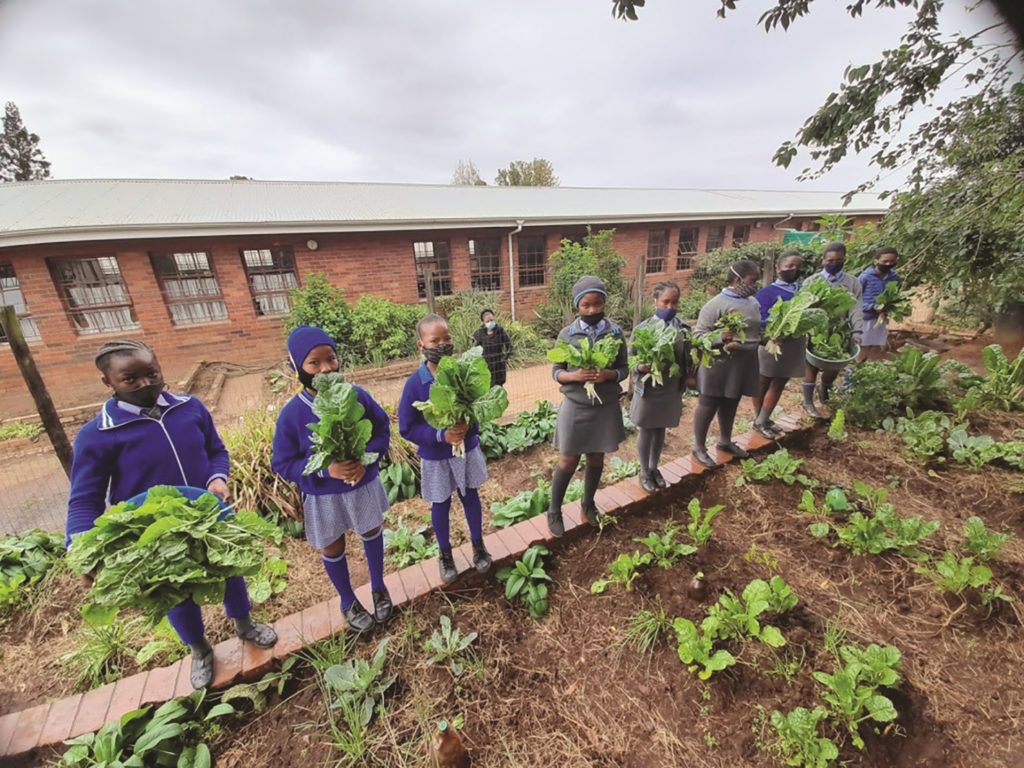 access_timeOctober 29, 2020
comment2 Comments
October 2020 There’s probably no better time to celebrate SA’s #foodheroes than this year of the COVID pandemic, and in the month of October when World Food Day is commemorated.  As a testimony of extraordinary resilience, when the country’s food… 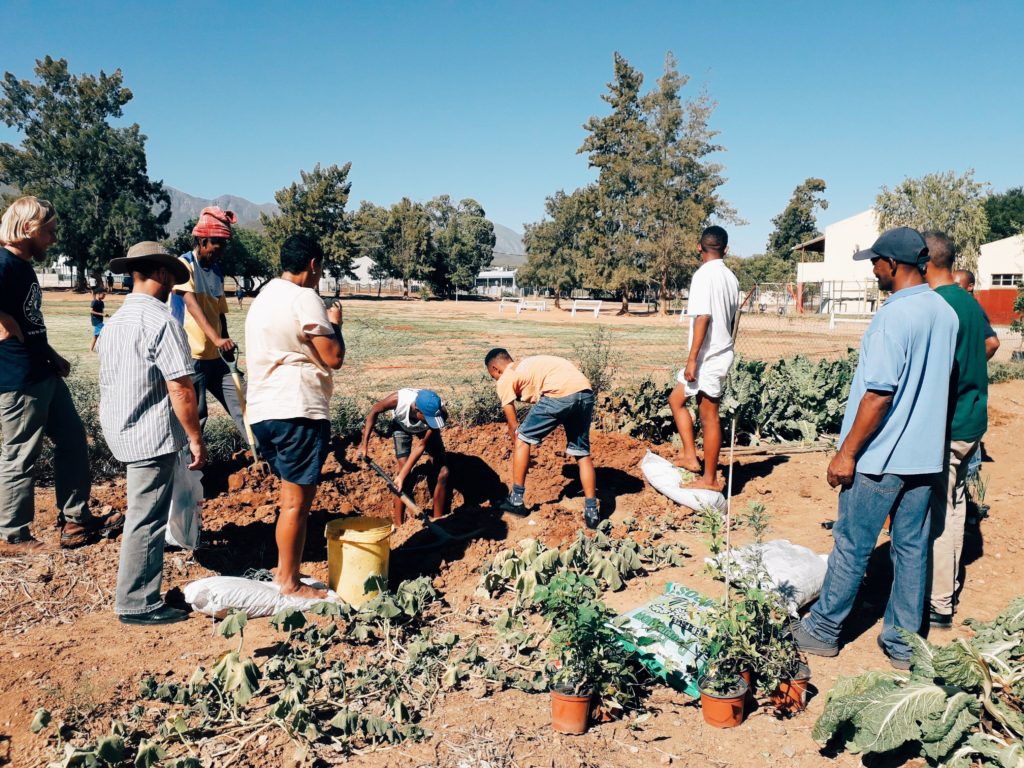 The EduPlant Programme Launches its Next Cycle of Support

The power of The EduPlant Programme lies in what it develops: environmental awareness, increased knowledge and skills for growing food sustainably, and the integration of learning gardens in the curriculum. 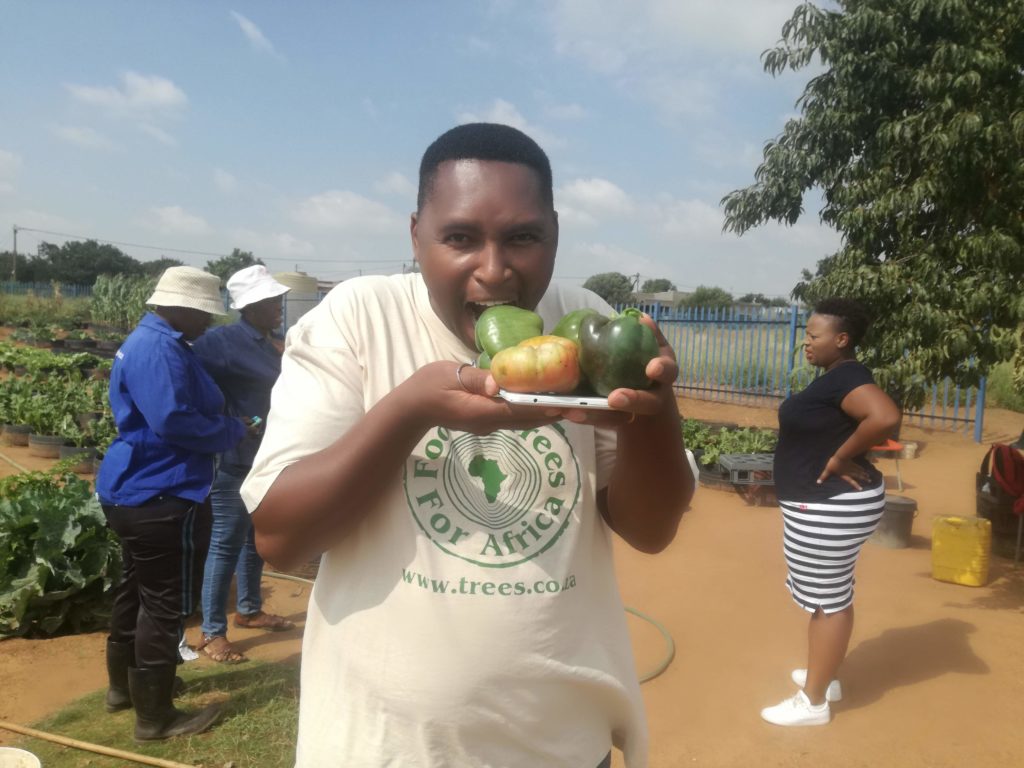 HOW TO: Four ways to reduce food waste