Looking for the most influential voices in all aspects of the environment in South Africa? Here they are: the policy influencers, the entrepreneurs, the champions, the researchers and the media.

The environment: one word, so many different facets. So much overwhelm. From climate change to conservation, air pollution to recycling, policy change to research, activism and sustainable energy. Where do you start? How can you do something about the greatest issue of our time? How does one voice make a difference when the problem is so vast?

Here are 50 ways that one voice can make a difference. Each of these South African voices on the environment have focused on one aspect that they care about deeply, and they are doing all they can to fight for it. We focused on the people behind the issues so that you can know who is driving change, and how to connect to them. We encourage you to actively support and follow the people on this list: that’s why we’ve included their social media handles.

Why should you care? Because this is your problem. My problem. Our problem. Environmental issues have historically been seen as an elite concern in SA, but that is no longer the case. The urgency and scale of the problem has pushed it to centre stage. South Africa has warmed at twice the global average. The people who have the least are going to be affected the most. It’s happening already: the impoverished residents of the town of Makhanda (in the Eastern Cape) hit Day Zero on the 12th July 2019. It just didn’t make front page news.

There are other stats that should be making front page news, and aren’t. SA’s annual carbon emissions are 70 million tons higher than the UK. The Moody’s report on climate collapse singled out Brazil, Russia, India, China and South Africa (in that order) as the countries whose economies will suffer the most if climate change isn’t curbed. Around the world, climate disasters are now occurring once a week, according to a special representative of the UN secretary-general.

We’re at a tipping point

Now is the time for change. The amount of carbon dioxide in the atmosphere hit its highest level in human history in June 2019 (414.8 parts per million): a three million year peak. “The world is at a tipping point,” writes Lois Young, the chair of the Alliance of Small Island States, in the Financial Times. “We are at a moment in history where we can and will go one of two ways: towards climate disaster or a safer planet for all.”

There is hope, of course. Hope that has been backed by science. The IPCC special report on climate change outlines exactly what we need to do. The two targets are: global carbon emissions reduced by 45% by 2030 (11 years’ from now) and to net zero by 2050. The scary part? South Africa has picked neither target.

The social and environmental impacts of climate change

Cape Town’s drought last year was a stark illustration of climate change for many. The warning that many parts of Africa are hotspots for climate change became not just a concept, but a reality. Clean water flowing out of a tap was seen as the miracle it is – when we feared it would be taken away, we suddenly realised what a precious resource it had always been. Once we can see the social and environmental impacts of climate change, we can work to make the necessary changes. But the first step in protecting the environment – as with anything in life – is understanding. Deep, personal understanding. That’s what the voices on this list have, and what we all need to attain.

South Africa has one of the only constitutions in the world that guarantees citizens the right to a clean environment. Here it is, direct from our constitution:

Everyone has the right –

We need to ensure our constitutional right is fulfilled. By highlighting those who are speaking up for the environment in South Africa, we hope to inspire other South Africans, ordinary South Africans like you and me, to join them in their efforts.

Follow them, support their work, add your voice to their voice. This is a rallying cry for the environment: an invitation to set aside the overwhelm and focus on what you really care about. The air you breathe. The ground you stand on. The future.

Noëlle Garcin is the African Climate Reality Leader Coordinator at Food & Trees for Africa and the Action24 Project Manager. She works with the African Climate Reality Project to coordinate a network of 25 coalitions of over 550 civil society organizations across 25 countries. Action24 is a 30-month action co-funded by the European Union, aimed at strengthening environmental governance and civic participation, in order to advance decarbonised sustainable and inclusive development in South Africa. 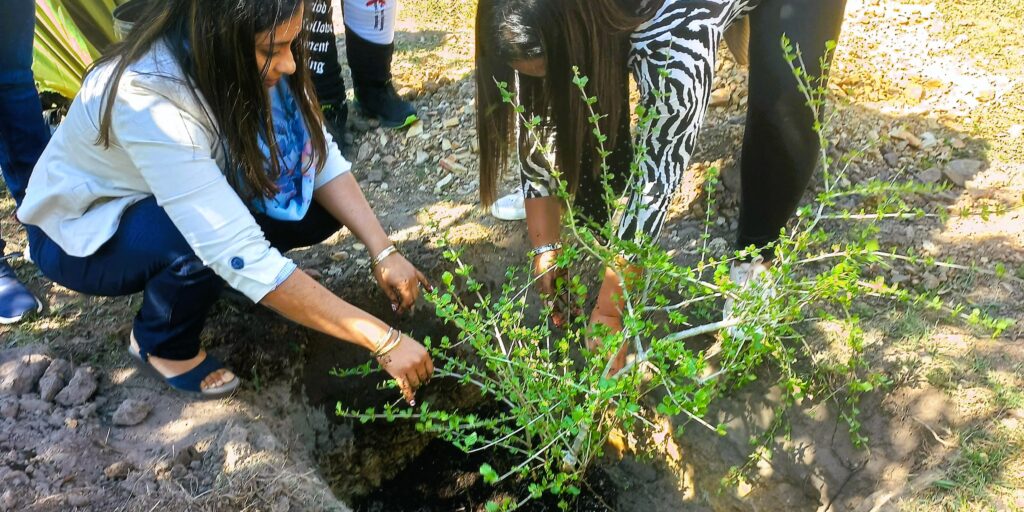 access_timeOctober 3, 2022
30 September 2022 – This Arbor Month, AstraZenca branched out to focus on the health of our environment. Embedded in this global pharmaceutical company’s approach to business is the desire to “build a sustainable future for people, society, and the… 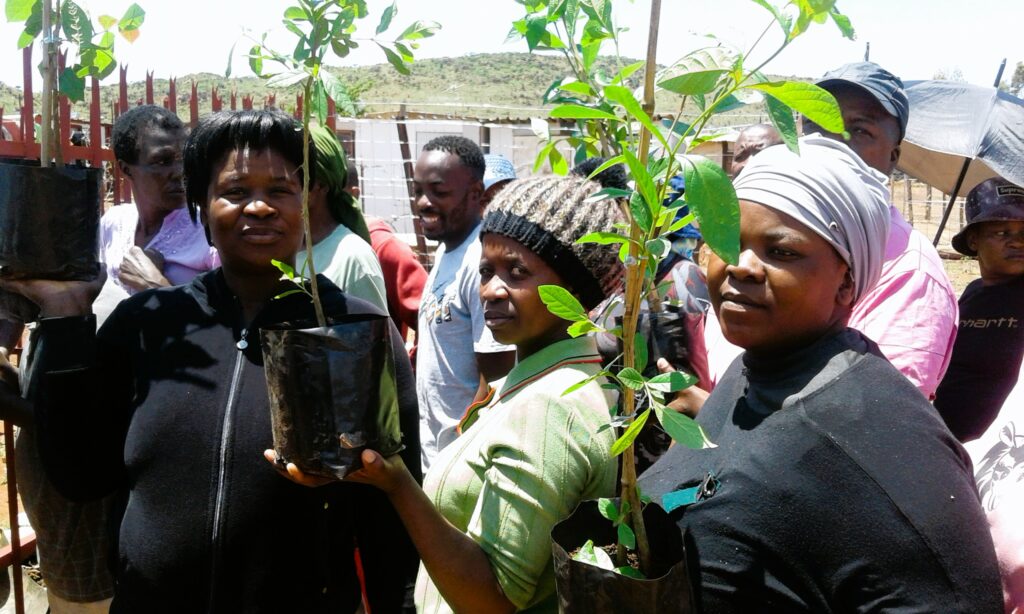 access_timeSeptember 28, 2022
27 September 2022 – BLUU Car Rental (BCR) is one of South Africa’s largest car rental companies, and an integral part of the tourism industry. However, their core mission is not just about getting people from “A” to “B”. The…

access_timeSeptember 27, 2022
26 September 2022 – Global Payment Technologies (GPT) joined Food & Trees for Africa (FTFA) as a Trees for All (TFA) and Afforestation partner at the height of the floods that severely impacted the lives of KwaZulu-Natal residents earlier this… 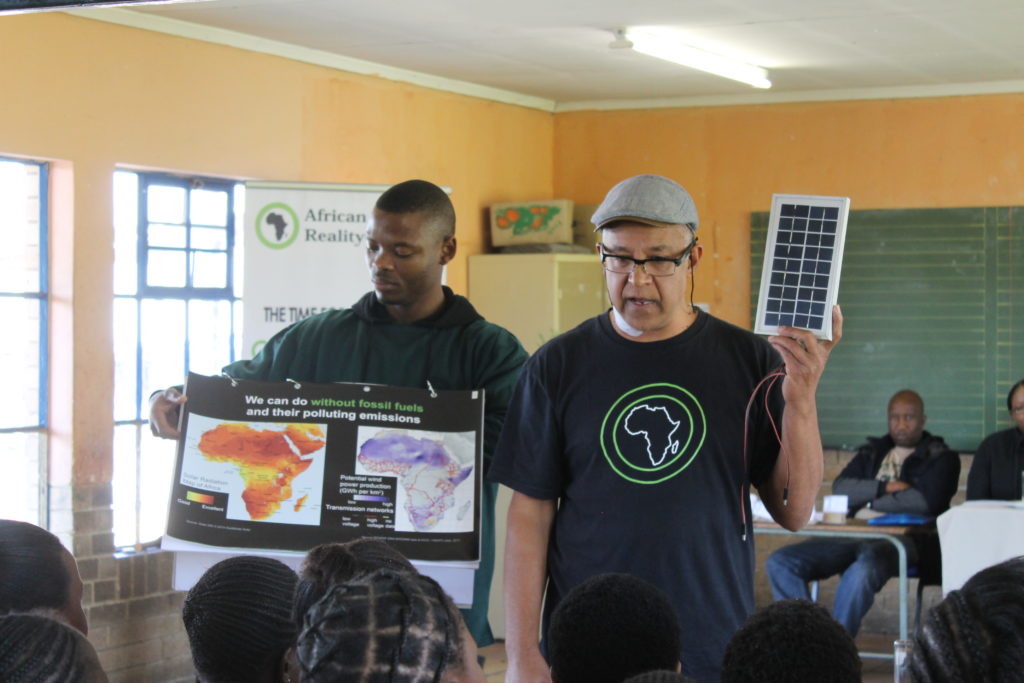 access_timeJune 6, 2018
To commemorate World Environment Day, held on 5 June each year, we visited Tembisa where we planted trees and learned about climate change with the Italtile Group and the Africa Climate Reality Programme (ACRP). Before the tree planting, Sunny, a… 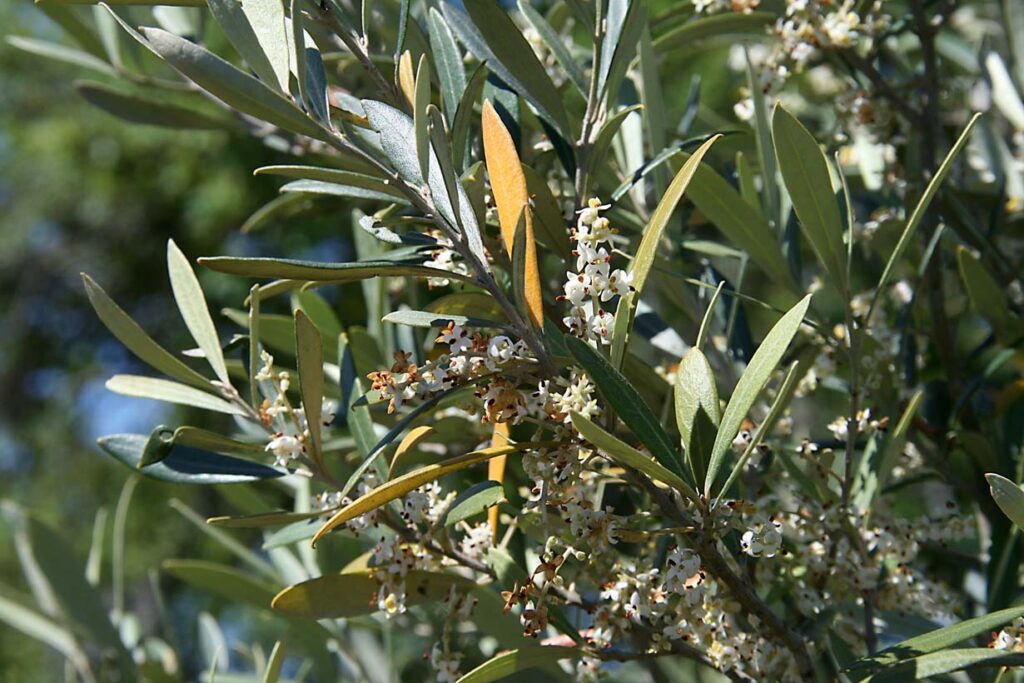 access_timeOctober 31, 2022
21 October  2022 – South Africa is the 12th highest emitter of pollutants responsible for climate change. Meanwhile the country already experiences the severe impacts of climate change, and Africa is changing faster than the global average. According to the… 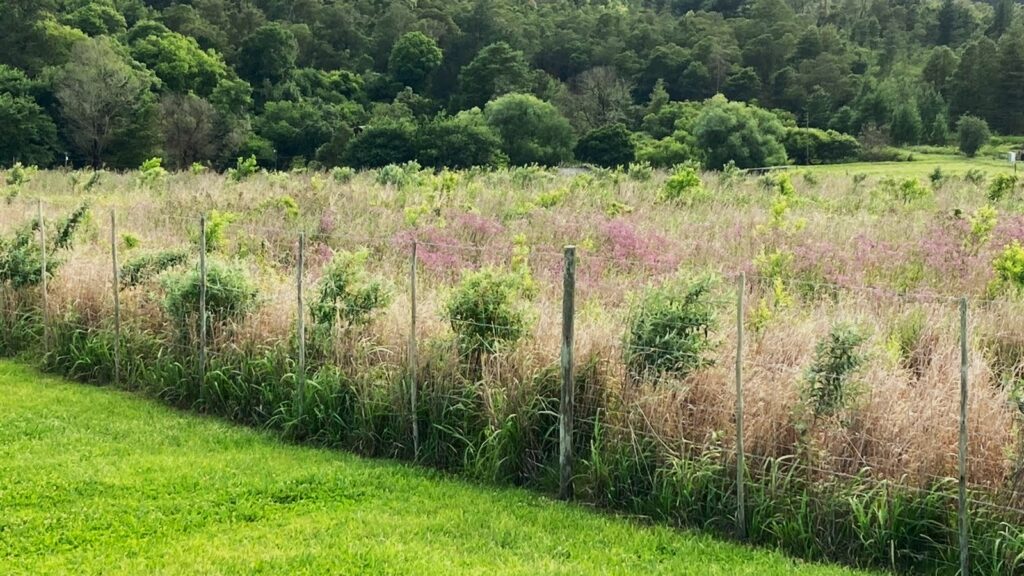 access_timeJune 29, 2022
comment2 Comments
The Financial Services Sector is a key stakeholder and needs to be a leading role player in curbing climate change risks through smart ESG. The state of climate resilience and readiness in South Africa Africa is warming faster than the…